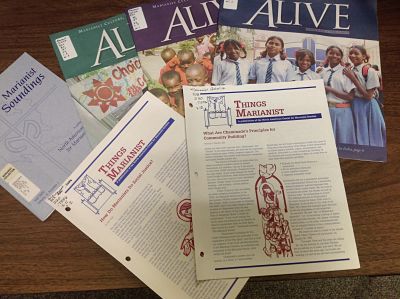 Several magazines and periodicals from the Society of Mary are available in the Marianist Collection, including...

Looking for a specific journal, magazine, or newspaper?

Use Journals List to search for the title of a journal, magazines, or newspaper and determine if the library offers online access or print access to that publication.