Government Information in the Study of History 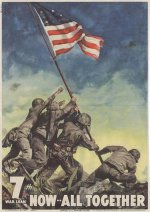 Naval Documents of the American Revolution. D 207.12:  . This 10-volume set, arranged chronologically, contains letters, newspaper articles, official documents and other material relating to the Navy's role in the Revolution.

Revolutionary America, 1763-89: a Bibliography. LC 1.12/2: R 32/4/763-789. A guide to the Library of Congress' most valuable printed primary and secondary works on the period, published through 1984. The listings are arranged topically, but there is a detailed index.

American Armies and Battlefields in Europe: A History, Guide and Reference Book D 114.2:AR 5/4, Y 3.Am 3:B 32/938. Provides information on World War I battles involving Americans by region, using narrative, maps and photographs. Detailed directions to and descriptions of the battlefields are given (and their conditions as of the publication date—1938—which should be noted).

Order of Battle of the United States Land Forces in the World War D 114.2:B 32. This multivolume set is a facsimile reprint (1988) of the original 1937 publication which details the operations of American Forces in the "Great War." There are narrative sections describing events, tables of information such as lists of units participating in particular actions, organization charts, and other details.

U.S. Army in the World War. D 114.8: . In 17 volumes, this set provides a selection of records (some transcribed, some facsimiles) dealing with the buildup and employment of the American Expeditionary Force.

Army Air Forces in World War II. 3rd FLOOR D 790.A89 1983. This is a reprint of the 1948 edition, which was prepared by Air Force Historians. Volumes 1-3 cover the European theatre, volumes 4-5 the Pacific. Concluding volumes are: Men and Planes, and Services around the World. Each volume contains voluminous notes and a detailed index.

U.S. Army in World War II. 3rd FLOOR (various call numbers). This comprehensive set contains several topical sub-series and volumes, covering different theaters of the war and special topics. Each volume has a detailed index. To see a listing of the volumes we own, perform a GOVERNMENT DOCUMENT NUMBER search in the Library Catalog using the number D 114.7: .

Conduct of the Persian Gulf War D 1.2:P43/2. This report was made to Congress in accordance with the requirements of the law authorizing the war. It provides historical and diplomatic background information and details on the conflict by type of mission (air, maritime, ground).

Enduring voices : oral histories of the U.S. Army experience in Afghanistan, 2003-2005. D 114.2:Af 3/2. Interviews selected to provide insights into the planning and implementation of the early years of the conflict.

United States Army in the Korean War. 3rd FLOOR DS 918 U5246. The Library has four volumes of this series.

Honor Bound: The History of American Prisoners of War in Southeast Asia, 1961-1973 D 1.2:H 75/3. This volume draws upon research in official records, published literature and interviews with former POW's to chart the history of those taken prisoner during the Vietnam conflict. There is a companion volume: The Long Road Home: U.S. Prisoner of War Policy and Planning in Southeast Asia (D 1.2:P 93/5) which focuses on the policy aspects of the POW issue.